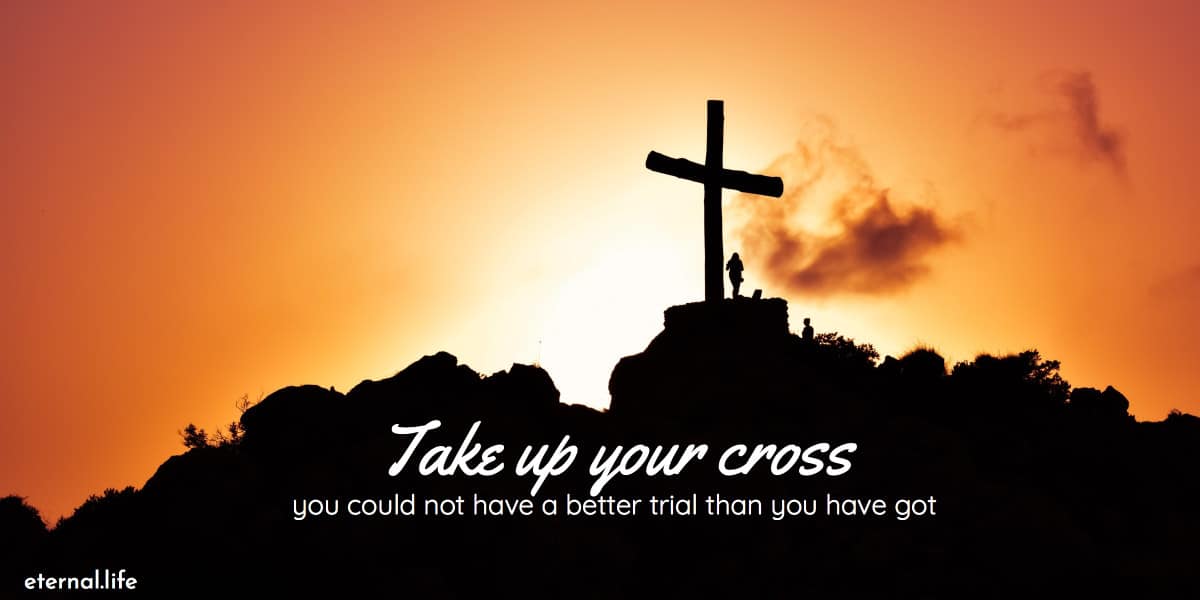 Remember this, had any other condition been better for you than the one in which you are, God would have put you there. You are put by him in the most suitable place, and if you had had the picking of your lot half-an-hour afterwards, you would have come back and said, “Lord, choose for me, for I have not chosen the best after all.” You have heard, perhaps, the old fable in Aesop, of the men that complained to Jupiter, of their burdens, and the god in anger bade them every one get rid of his burden, and take the one he would like best. They all came and proposed to do so. There was a man who had a lame leg, and he thought he could do better if he had a blind eye; the man who had a blind eye thought he could do better if he had to bear poverty and not blindness, while the man who was poor thought poverty the worst of ills; he would not mind taking the sickness of the rich man if he could but have his riches. So they all made a change. But the fable saith that within an hour they were all back again, asking that they might have their own burdens, they found the original burden so much lighter than the one that was taken by their own selection. So would you find it. Then be content; you cannot better your lot.

Take up your cross; you could not have a better trial than you have got; it is the best for you; it sifts you the most; it will do you the most good, and prove the most effective means of making you perfect in every good word and work to the glory of God.

God has a picture of you

Don’t get a Fire Extinguisher