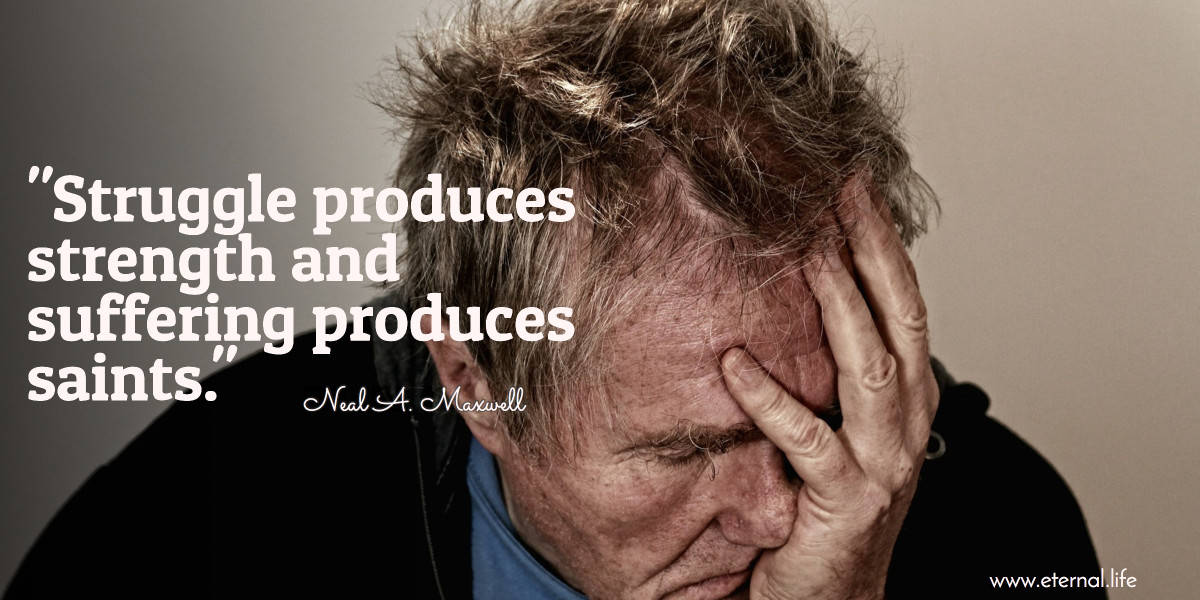 When did we begin to be afraid of, avoid and condemn others for doing or going through hard things? The trend is troubling and producing slaves to selfishness, slothfulness, and leading to a multitude of sins. Salvation like strength can only come from struggle and suffering. There is no shortcut for anyone because

“salvation is not a cheap experience” Neal A. Maxwell

“The tough demands of pioneer times nourished a rich religious culture that produced thrift and character and stable families. But now one wonders if the comforts and the modern evils that accompany luxury and urban living are descending upon the posterity of the first settlers enough to put those pioneer values at risk…
The pioneers blessed their posterity by conquering the very oppositions that had so profoundly shaped their character. The irony of that statement is echoed in Winston Churchill’s introduction to the last volume of his World War II memoirs:

“How the great democracies won the war and thus were able to resume the follies which had so nearly cost them their lives.”

Is it possible, then, during a time of prosperity to develop the spirit of consecration and character that was so clearly formed by a time of poverty and sacrifice?”

That is why, when Bruce C. Hafen’s mother was in her eighties, she would often ask him at the dinner table and we should ask ourselves daily too, “Well, what did you do today that was hard for you?”