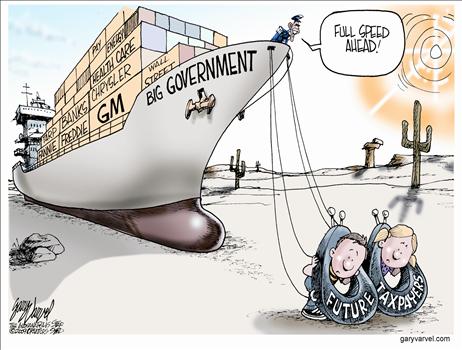 “As God’s children all, and as brothers and sisters in Christ, we must as a matter of spiritual responsibility and pursuant to positive divine command care for the helpless, the unfortunate, and the needy.

Furthermore, it is essentially a neighbor to neighbor obligation. It is not a function of civil government.

This is fundamental…. Viewing all of these things it will be easy for you to understand that the Church has not found it possible to follow along the lines of the present general tendency in the matter of property rights, taxes, the curtailment of rights and liberties of the people, nor in general the economic policies of what is termed the “New Deal”. … This we feel we can definitely say, that

unless the people of America forsake the sins and the errors, political and otherwise, of which they are now guilty and return to the practice of the great fundamental principles of Christianity, and of Constitutional government, there will be no exaltation for them spiritually, and politically we shall lose our liberty and free institutions….

The Church as a Church does not believe in war and yet since its organization whenever war has come we have done our part…. we do thoroughly believe in building up our home defenses to the maximum extent necessary, but we do not believe that aggression should be carried on in the name and under the false cloak of defense. We therefore look with sorrowing eyes at the present use to which a great part of the funds being raised by taxes and by borrowing is being put.…

We believe that our real threat comes from within and not from without, and it comes from the underlying spirit common to Naziism, Fascism, and Communism,

namely, the spirit which would array class against class, which would set up a socialistic state of some sort, which would rob the people of the liberties which we possess under the Constitution, and would set up such a reign of terror as exists now in many parts of Europe. We confess to you that it has not been possible for us to unify our own people even upon the necessity of such a turning about, and therefore we cannot unfortunately, and we say it regretfully, make any practical suggestion to you as to how the nation can be turned about.”