The 5th and most popular tool of the Devil

The 5th and most popular tool of the Devil

The devils most clever trick — the one he uses to ensnare the greatest number of people is drifting. Napoleon Hill wrote a book in 1938 that wasn’t published until 2011 called, “Outwitting the devil.” It has become my favorite new books. It’s a conversation with the devil on the truth and tactics he uses, much similar to “The screwtape letters.” He describes drifting as without a plan for your life, following the course of least resistance, to go with the flow, to drift with the current with no particular destination in mind. Drifting with the devil.

“The majority of people begin to drift as soon as they meet with opposition, and not one out of ten thousand (people) will keep on trying after failing two or three times” (p. 104)

“It is a sin to permit one’s mind to be dominated by negative thoughts of envy, greed, fear, hatred, intolerance, vanity, self-pity, or discouragement, because these states of mind lead to the habit of drifting. It is a sin to cheat, lie, and steal, because these habits destroy self-respect, subdue one’s conscience, and lead to unhappiness.” (p. 182)

Below is a brief summary of the conversation about the major tool satan uses to ensnare the sons of Adam and daughters of Eve.

Q Describe all the ways in which you (the Devil) induce people to drift. Define the word and tell us exactly what you mean by it.

A I can best define the word “drift” by saying that people who think for themselves never drift, while those who do little or no thinking for themselves are drifters. A drifter is one who per- mits himself to be influenced and controlled by circumstances outside of his own mind. He would rather let me occupy his mind and do his thinking than go to the trouble of thinking for himself. A drifter is one who accepts whatever life throws in his way without making a protest or putting up a fight. He doesn’t know what he wants from life and spends all of his time getting just that.

A drifter has lots of opinions, but they are not his own. Most of them are supplied by me.  A drifter is one who is too lazy mentally to use his own brain. That is the reason I can take control of people’s thinking and plant my own ideas in their minds.

Q I think I understand what a drifter is. Tell me the exact habits of people by which you induce them to drift through life. Start by telling me when and how you first gain control of a person’s mind.

A My control over the mind of a human being is obtained while the person is young. Sometimes I lay the foundation for my control of a mind before the owner of it is born, by manipu- lating the minds of that person’s parents. Sometimes I go fur- ther back than this and prepare people for my control through what you earthbound call “physical heredity.” You see, there- fore, I have two approaches to the mind of a person.

Q Yes. Go on and describe these two doors by which you enter and control the minds of human beings.

A As I have stated, I help to bring people into your world with weak brains by giving to them, before birth, as many as possible of the weaknesses of their ancestors. You call this principle “physical heredity.” After people are born I make use of what you earthbound call “environment” as a means of controlling them. This is where the principle of habit enters. The mind is nothing more than the sum total of one’s habits! One by one I enter the mind and establish habits, which lead finally to my absolute domination of the mind

Q Tell me of the most common habits by which you control the minds of people.

A That is one of my cleverest tricks: I enter the minds of people through thoughts which they believe to be their own. Those most useful to me are fear, superstition, avarice, greed, lust, revenge, anger, vanity, and plain laziness. Through one or more of these I can enter any mind, at any age, but I get my best results when I take charge of a mind while it is young, before its owner has learned how to close any of these nine doors. Then I can set up habits which keep the doors ajar forever.

Learn more about “Outwitting the devil” including the free book and audibook here. 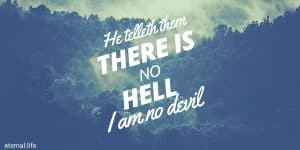 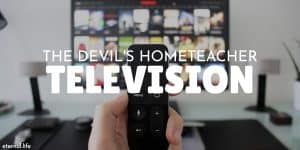 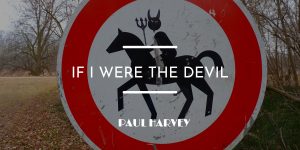