To the Kings, Presidents, Governors and Rulers of all Nations

To the Kings, Presidents, Governors and Rulers of all Nations 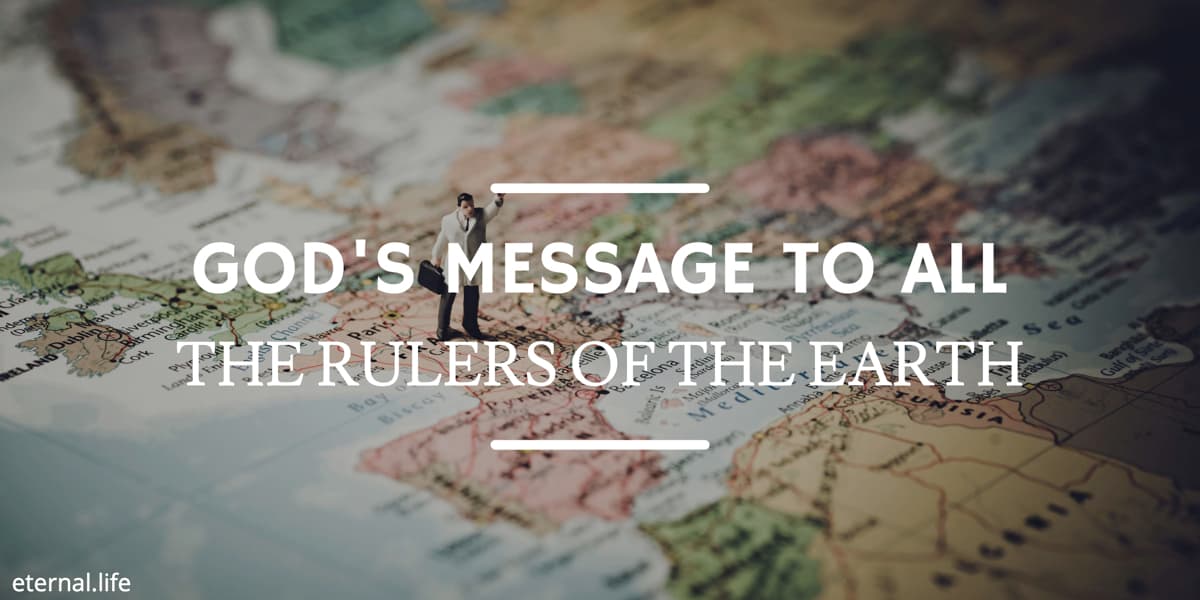 What did the message contain that the Lord commanded the Prophet Joseph Smith (175 years ago) to, “Make a solemn proclamation of my gospel … to all the kings of the world, to the four corners thereof … and to all nations of the earth.” (D&C 124:2–3.)?

In the spirit of this divine direction, on the sixth day of April 1845, and shortly after the Prophet Joseph Smith and his brother Hyrum had mingled their blood with that of the other martyrs of true religion, the Council of the Twelve made such a proclamation. They address it:

“To all the Kings of the World;

To the President of the United States of America;

To the Governors of the several States;

And to the Rulers and People of all Nations:”

“That the kingdom of God has come: as has been predicted by ancient prophets, and prayed for in all ages; even that kingdom which shall fill the whole earth, and shall stand for ever.

“The great Eloheem … has been pleased once more to speak from the heavens: and also to commune with man upon the earth, by means of open visions, and by the ministration of Holy Messengers.

“By this means the great and eternal High Priesthood, after the Order of His Son, even the Apostleship, has been restored; or, returned to the earth.

“Being established in these last days for the restoration of all things spoken by the prophets since the world began; and in order to prepare the way for the coming of the Son of Man.

“And we now bear witness that his coming is near at hand; and not many years hence, the nations and their kings shall see him coming in the clouds of heaven with power and great glory.

“In order to meet this great event there must needs be a preparation.

“Therefore we send unto you with authority from on high, and command you all to repent and humble yourselves as little children, before the majesty of the Holy One; and come unto Jesus [Christ] with a broken heart and a contrite spirit; and be baptized in his name, for the remission of sins (that is, be buried in the water in the likeness of his burial and rise again to newness of life, in the likeness of his resurrection), and you shall receive the gift of the Holy Spirit, through the laying on of the hands of the Apostles and elders, of this great and last dispensation of mercy to man.

“This Spirit shall bear witness to you, of the truth of our testimony; and shall enlighten your minds, and be in you as the spirit of prophecy and revelation. It shall bring things past to your understanding and remembrance; and shall show you things to come.

“By the light of this Spirit, received through the ministration of the ordinances—by the power and authority of the Holy Apostleship and Priesthood, you will be enabled to understand, and to be the children of light; and thus be prepared to escape all the things that are coming on the earth, and so stand before the Son of Man.

“We testify that the foregoing doctrine is the doctrine or gospel of Jesus Christ, in its fullness; and that it is the only true, everlasting, and unchangeable gospel; and the only plan revealed on earth whereby man can be saved.” (Messages of the First Presidency, 1:252–54.)

Read more here about how he was to invite them to come to the light of truth, and use their means to build up the kingdom of God on earth. 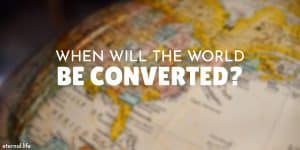 When will the world be converted?