More than 2000 years ago a Man was born contrary to the laws of nature. This man lived in poverty and was reared in obscurity. He did not travel extensively. Only once did He cross the boundary of the country in which he lived; that was during His childhood when He was in exile in Egypt.

He possessed neither wealth nor influence, his relatives were inconspicuous, and had neither training nor formal education.

In infancy He startled a king; in childhood He puzzled doctors; in manhood He ruled the course of nature; He walked upon the billows as if pavements, and hushed the sea to sleep.

He healed the multitudes without medicine and made no charge for His services.

He never wrote a book, and yet all the libraries in the world could not hold the books that have been written about Him.

He never wrote a song and yet He has furnished the theme for more songs than all the song writers combined.

He never founded a college, but all the schools put together cannot boast of having as many students.

He never marshaled an army, nor drafted a soldier, nor fired a gun; and yet no leader had more volunteers who have under His orders, made more rebels stack arms and surrender without a shot being fired.

He never practiced psychiatry, and yet He has healed more broken hearts than all the doctors far and near.

Once every week the wheels of commerce cease their turning and multitudes wend their way to worshiping assemblies to pay homage and respect to Him.

Though time has spread more than 2000 years between the people of his generation and the scene of His crucifixion, yet He lives. Herod could not destroy Him, and the grave could not hold him.

He stands forth upon the highest pinnacle of heavenly glory, proclaimed of God, acknowledged by angels, adored by saints and feared by demons as the risen, personal Christ, our Lord and Savior.

At all seasons The Incomparable Christ is still standing at many a heart’s door, seeking admission. His words says: “Behold I stand at the door and knock; if any man will hear My voice and open the door I will come in to him, and will sup with him and he with Me” (Revelation 3:20).

Also, “there is none other name under heaven given among men, whereby we must be saved.”

The Lord Jesus Christ is the greatest gift ever given to the world. He can be yours. IS HE?

He is despised, rejected of men and social media today 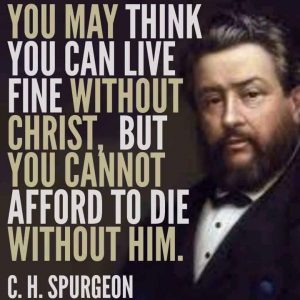 You might be able to live without Christ, but you can’t die without Him 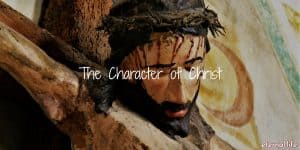 The Character of Christ