Devilish deception and flirting flattery are consistent tactics the evil force use. They are usually imperceptible to the casual Christian, but there are times when it’s undeniable. Recently, Pope Francis claims that Hell does not exist and that condemned souls just “disappear.” This is a denial of the 2,000-year-old teaching of the Catholic Church about the reality of Hell and the eternal existence of the soul,” the report indicated among others such as Newsweek.

This is a sharp reversal from even the recent Pope Benedict XVI who said in a 2007 sermon, “Jesus came to tell us that he wants us all in Heaven and that Hell, of which so little is said in our time, exists and is eternal for those who close their hearts to his love.”

One of the most important means by which Satan can corrupt and deceive the children of men is through the traditions of their fathers.”

Sadly this is not a problem reserved to other Christian denominations. We were warned about our day when Nephi prophesied 2500 years ago:

And behold, others he flattereth away, and telleth them there is no hell; and he saith unto them: I am no devil, for there is none—and thus he whispereth in their ears, until he grasps them with his awful chains, from whence there is no deliverance. 2 Nephi 28:22

The Latter-day Saints do not understand the serious danger posed by the power of tradition. “It can cause us to forget our heavenly heritage.” Starting with Joseph Smith, the early leaders of the Church taught extensively about the capabilities of Satan and evil spirits, and their ability to possess people, but this greatly decreased after 1900. It stopped altogether after the 1930’s and become nothing more than a generic teaching.
The question is: why? Why did Church leaders stop teaching about possession and the capabilities of evil spirits? Brigham Young gave us a clue when he said,

“When we first came here [to Utah] we had no sickness, and we had no sickness until we had doctors.” 151 Several early Church leaders condemned the Saints for believing more in doctors than they did in the priesthood,

As medical science increased in knowledge along with the increasing acceptance of psychology, the Saints have come to believe more and more in science and psychology than in faith and the priesthood, and modern secular science denies the existence of Satan. Now, many times, priesthood blessings are a last resort, not the first resort. This indicates unbelief and a lack of faith.
Intellectually, Latter-day Saints have a knowledge of Satan and evil spirits, but for the vast majority of Saints, that knowledge is distorted, and for a large minority outright rejected because of traditions steeped in secular learning and worldly wisdom. In 2001, the Deseret News published a survey in which only 59% of Church members indicated that they believed that “Satan is a real being who can influence people’s lives.” That is an amazing figure which demonstrates the extent of how badly many members are deceived considering that it is Church doctrine that Satan is real.
“False ideas from any apparent source, are the work of the father of lies….” One major way Satan deceives us “is to have us believe that the wisdom and the learning of the world is the only source of knowledge we should follow.” What is so sad is that this deception is being spread by the Latter-day Saints themselves. A psychology professor at BYU taught his students that evil spirits do not exist.

A young psychologist was attending an Abnormal Psychology class at BYU. The class was being taught by a High Priests’ group leader, a fine man. While turning the pages and following along in the textbook, looking carefully at what was being discussed (it was Coleman’s book on Abnormal Psychology) he remembers hearing these words: “Now we know, of course, that there are no such things as evil spirits. We recognize that these are simply mental disorders.” That remark had the effect of a cold slap in the face. The student’s reaction: “Now wait a minute. Wait a minute. How can you say that? What’s the message of the New Testament?” The professor insisted that demonic possession was a symbolic or unsophisticated way of saying that people were troubled mentally and emotionally. This caused great concern. It seemed as if an awful price was being paid needlessly.

Anyone who has had experience with demonic possession will testify of the reality of evil powers. We are foolish to ignore or deny their existence. The issue of demonic possession is one example of many in which Mormon professionals have been forced, as they suppose, into an unnecessary compromise, which compromise may follow such a dichotomy.
Then there is the claim that evil spirits cannot “physically manipulate things.” If this claim was true, perhaps the board member could explain why Satan was able to bind Joseph Smith’s tongue so that he was unable to speak, or as previously discussed, why could evil spirits knock people down or physically injure them. Lastly is the false claim that evil spirits “cannot force a possession upon you….” Again, as was previously discussed, Elder Bruce R. McConkie taught that “there are laws and conditions under which devils have power to force entry into human bodies.”
One problem with the deceived Latter-day Saints is the tendency to “mormonize” the secular teachings and philosophy of the world.

Mormonizing happens when a church member believes more in secular theories and ideas that are not in harmony with the gospel, but are appealing to the natural man. This causes dissonance within him, and in an attempt to resolve the conflict between the appealing, but conflicting secular ideas and gospel truths, the member cherry-picks and/or “interprets” various gospel concepts to rationalize and justify their acceptance of these ideas.

This is nothing more than self-deception. Nephi warned of deception among the “humble followers of Christ…because they are taught by the precepts of men.”
Most of these deceptive secular ideas are the result of decades of traditional “wisdom” passed on from one generation to another, even though the tradition is false. Elder H. Verlan Andersen wrote about the false traditions passed on from parent to child. He called them “inherited lies and false traditions.”
One of the chief problems is that of false traditions which are handed down from parents to children. The fact that we each enter mortality as helpless infants utterly dependent upon our parents with whom we spend so much of our early childhood, makes us highly amenable to their influence and those teachings. However, the frequency with which erroneous beliefs are perpetuated from generation to generation is indicated by the following revelation which speaks of, the influence of that spirit which hath so strongly riveted the creeds of the fathers, who have inherited lies, upon the hearts of the children, and filled the world with confusion, and has been growing stronger and stronger, and is now the very mainspring of all corruption, and the whole earth groans under the weight of its iniquity. (D&C 123:7)
Attention is directed to the statement that this problem is “the very mainspring of all corruption.” Another scripture which speaks of the effect of false tradition is the following:

Behold, here is the agency of man, and here is the condemnation of man; because that which was from the beginning is plainly manifest unto them, and they receive not the light. And that wicked one cometh and taketh away light and truth, through disobedience, from the children of men, and because of the tradition of their fathers. (D&C 93:3 1, 39)

The failure of parents to search the scriptures inevitably leads to erroneous beliefs which are then passed on to the children as false tradition. Elder George A. Smith commented on the

But, with our views, prejudices, and traditions, we are all the time struggling with ourselves and our own peculiar notions. Every person has in his own brain a series of ideas implanted from early youth, which he considers to be right; and it is a very hard matter for us to relinquish these deeply-implanted traditions, which in nine cases out of ten are not right.

Even the Prophet Joseph Smith lamented about the false traditions of the Latter-day Saints.

But there has been a great difficulty in getting anything into the heads of this generation. It has been like splitting hemlock knots with a corn-dodger for a wedge, and a pumpkin for a beetle. Even the Saints are slow to understand.
I have tried for a number of years to get the minds of the Saints prepared to receive the things of God; but we frequently see some of them, after suffering all they have for the work of God, will fly to pieces like glass as soon as anything comes that is contrary to their traditions: they cannot stand the fire at all. How many will be able to abide a celestial law, and go through and receive their exaltation, I am unable to say, as many are called, but few are chosen.

What happens to those who allow themselves to be led astray by false traditions? That person who does this condemns himself just as assuredly as if he had overtly committed sin. Elder Orson Pratt told the Saints that there was no excuse for being deceived.
But, it may be inquired, how are the humble, honest souls to discern between truth and falsehood? Must they be condemned with liars, because they are deceived with lies? We answer,

that all will be condemned who suffer themselves to be deceived: for there is a way for every person to come to the light of truth; and it is not in the power of the devil to invent lies so plausible as to prevent the really honest person from discovering the truth that pertains to his salvation. The scriptures have expressly declared, that “cursed is he that putteth his trust in man or maketh flesh his arm.”

Now any person who will put his confidence and trust in popular lies, invented by the devil to prevent the people from discovering the truth, must rest under that curse, and in the day of judgment be condemned with liar. 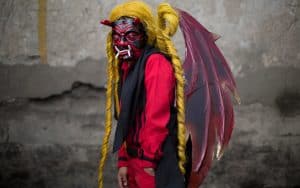