by Teleoson 05/13/2016
In 1947, I was a 21-year-old missionary Elder, for The Church of Jesus Christ of Latter-day Saints. My assignment was in Melbourne, Australia. My companion and I were going door-to-door in a quaint little section of the city. The lanes were narrow and wandered around, with no sense of plan at all.
Missionaries are not supposed to leave their companions for any reason. But here in this compact area, we decided to each take a side of the lane. Opportunities to teach anyone were so rare that we thought it wise to cover as much territory as possible. If a friendly reaction was received by one of us, the other would cross the street to share in the visit. Usually, we could see each other every minute and could almost touch hands across the lane. So the plan was working well, as we doubled our tracting efficiency.
At one door, a man answered and said yes, he would like to hear more about our beliefs. I looked for my companion, but he had disappeared. So I tried to stall until the Elder came back. He had obviously gone around one of the numerous meanderings and should reappear at any moment. I explained that my companion would be back in a minute or two. (Much later, I discovered that around the corner was a “milk bar”, where he had gone for a milk shake while he waited for me. The Elder assumed that since I was right behind him, I would soon show up there.)
After a few more minutes, the man became impatient and said, “I don’t talk standing in the lane. If you’re not interested, never mind.”
So I said, “Okay, I’ll come in.” My intention was to visit briefly, make an appointment, and return with my wandering companion.
As I began to explain our purpose, he interrupted, “Mr. Law, we have a better plan.” So I asked about his “better plan”.
The Melbourne man, as I call him, described how Plato, an ancient Greek philosopher, had designed a different kind of society. This man’s plan would follow similar lines. There would be three classes of people: the leaders, the workers, and the teachers. The teachers would be trained to condition a sinless society (“…as you call sin…”, he said) – there would be no hate, no greed, no jealousy, no envy, no lust, no malice – no sin. The workers would not be envious of the leaders. The leaders would not oppress the workers. The teachers would condition each class to willingly accept their assigned role in this “perfect” society.
The Melbourne man further described how breeders would be chosen, based on superior intelligence, physical perfection and longevity genes. Children would be taken from their mothers at birth and placed in communal nurseries, and through various tests, their classes would be determined. They would then receive specialized conditioning for that particular class. All defective babies had to be eliminated. The total number of births would need to be controlled to prevent overpopulation and depletion of natural resources. By this selective breeding, a master race of geniuses could be created.
Worker-scientists were assigned to research life extension techniques until future generations could “live forever”. Through space research, they would reach out into the universe to develop planets hospitable to human life. This perfect society then spreads throughout space in a never-ending cycle.

I asked, “How will you condition them?” He then explained, in detail, the basic conditioning tools. They included diet, drugs, music, movies, education, etc.

He described how diet (the basic elements of life, food and water) could be a major desensitizing and conditioning instrument. The Melbourne man said that by using additives and special formulas, by changing plants and animals, the diet of the people leaves them submissive and easily controlled.
When that man told me that the materials, systems and procedures were already in place in 1947, my farm-boy mentality refused to accept it. Especially when he explained drug addiction. He outlined how drug addiction changes personalities, making them so dependent that they will agree to anything to satisfy their needs. I protested that people will not allow themselves to be manipulated that way. He just laughed and said, “Mr. Law, you’re such a child. Wait and see.”
I did not see how music could be used. The man then described “melodic dissonance” for me, in detail. He told of the conditioning experiments of the Russian scientist Pavlov in communist Russia, using dogs and metronomes. Pavlov found that he could condition a dog to salivate when a metronome beat at 60 beats per minute. Then he learned that he could condition the same dog to never produce saliva when the metronome beat at 120 beats per minute.
In another experiment with the same dog, Pavlov had both metronomes beating at the same time, one at 60 beats, the other at 120 beats per minute. The conditioned dog was required to do two totally opposite functions at the same time. This produced nervous shock, and the dog collapsed, unconscious.
Next, with the same dog, Pavlov had the 60-beat metronome suddenly jump to 120 beats per minute. At the same instant, the 120-beat metronome dropped to 60 beats per minute. This produced a melodic dissonance. When the metronomes were switched back and forth rapidly, the dog became so distressed that it died. In communist Russia, these experiments were then extended to humans, with similar results.
Using variations of this melodic dissonance, a new music form was created. Musical scores and lyrics were developed. A team of musicians, called “the Beatles”, was trained in Europe and introduced to America on the popular Ed Sullivan Talent Show, on national television. They were an instant hit, and all other forms of music became “old-fashioned”.
I could not understand such a phenomenon in 1947. But years later, when I first heard “rock & roll”, everything flashed back to 1947; I realized that the Australian did know that it would be a powerful tool for their conditioning plan.
The Melbourne man said they had already begun “behavior modification conditioning” in government schools, using audio-visual programs. When they introduce their messages, beginning in preschool, the results are intense and permanent.
A monster was emerging, that I found sinister and all-controlling. I could not believe what I was hearing. But over and over, he said, “Wait and see. You will live to see our perfect plan in full operation. When we control all the conditioning processes, everything will fall neatly into place.”
I protested that they were forcing their will and control on people, taking away freedom of choice. His answer was,

“No, they can still choose, but they will always choose exactly what they are conditioned to choose.”

I did a little research on Brother Law. One fellow who knows him said he is an honest, upstanding member and a heavy prepper. Someone here probably knows him. Now add that to Kissinger:
“Today Americans would be outraged if U.N. troops entered Los Angeles to restore order; tomorrow they will be grateful. This is especially true if they were told there was an outside threat from beyond, whether real or promulgated, that threatened our very existence. It is then that all peoples of the world will plead with world leaders to deliver them from this evil. The one thing every man fears is the unknown. When presented with this scenario, individual rights will be willingly relinquished for the guarantee of their well being granted to them by their world government.”
— Henry Kissinger speaking at Evian, France, May 21, 1992 Bilderburger meeting. Unbeknownst to Kissinger, his speech was taped by a Swiss delegate to the meeting.
Found in the current issue of Survivalist magazine Issue 8, pg. 49.
There are numerous important points to note in this conversation between Elder Law and the M.M.
All of them important. Important enough because it helps one “know thy enemy.” The two steps forward, one back IS the “PROGRESSIVE MOVEMENT” and philosophy. AND IT HAS BEEN HAPPENING FOR YEARS!
“We are prepared to take two steps forward, one step back, two forward, one back, until it is time.
The American people won’t even know it is happening. When it is favorable, then everything will move swiftly to the purging, or cleansing stage. People will be stunned into immobility.
********** We won’t want a time lag between take-over and full operation of our spiritual phase.”
Another one directly above, “We won’t want a time lag between take-over and full operation of our spiritual phase.”
So, important point here, “no time lag” here. What does this mean to us? This means millions will be killed during their takeover plan once their ball gets rolling. Think about it. What has one of our prophets said? “They will die like flies.” As far as I know….. Marion Law was telling the truth.
by Marion Albert Law

“Government is a disease masquerading as its own cure” – Unknown author 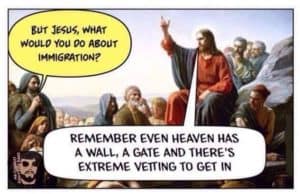