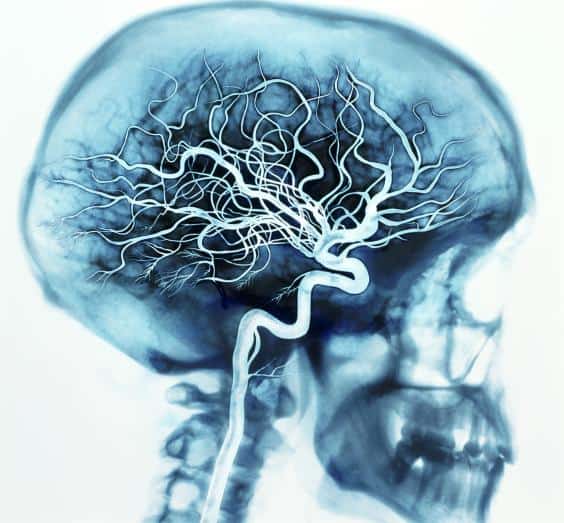 You say lateral frontal pole, I say that little devil/angel that whispers in my ear

Scientists at Oxford University have made a startling discovery: they’ve found a region of the brain that makes you wonder if you’ve done something wrong, and whether you’d have been well advised to do something better.
There are several things that you should know about this region, which is inside your head, and the head of the lady sitting beside you on the Tube, and the heads of David Cameron and Lady Gaga and Rouge Dragon Pursuivant of the Royal College of Heralds. One, it’s called the lateral frontal pole. Two, it’s unique to humans – they ran tests on monkeys in the course of the research at Oxford and, nope, they don’t have it. Three, it’s the size of “a large Brussels sprout”. And four, it’s a leap beyond current scientific knowledge into realms that can only be described as spooky.

We already knew (he says, hastily consulting his copy of Popular Science for Dimwits) that the brain can monitor decisions it has made. It tells itself: “I  have chosen to follow this track in the  forest and it’s turning out to be a sunlit pathway/sodden jungle”, but it registers no more nuanced reaction than that. What this newly discovered region does, however, is to identify other paths that it might have been better to take, and register what a dolt the brain feels for getting it wrong.

“This region monitors how good the choices are that we don’t take,” said Professor Matthew Rushworth, who led the research, “How green the grass is on the other side.”

What the professor doesn’t mention is the emotional trauma that the brain must register for having made a crap decision.  Like the split-second after you’ve tweeted what you meant to be a direct message to a friend, voicing the view that a recent guest on your TV show was a crashing bore – only to realise, too late, that you’ve informed your entire Twitter following about the lady’s snoringness. Or the moment you sail past your turn off on the M3, horribly aware that it’s 40 miles to the next exit and you’re almost out of petrol. Or that creeping sensation when you realise that you should have chosen some other song than “YMCA” to hum while dealing with passport control at Sochi airport.

The lateral frontal pole, in short, is like a spouse who is quick to inform you that you’ve blundered and bungled it when it would have been so easy to get it right. It’s the kindly-but-firm voice of authority that tells you to go to your room and mull over what you’ve done, so you’ll be sure not to do it again in future…

Hang on. This isn’t some minor breakthrough of cognitive neuroscience. This is about good and bad, right and wrong. This is about the brain’s connection to morality. This means that the Oxford scientists, without apparently realising what they’ve done, have located the conscience.

For centuries we thought that the conscience was just some faculty of moral insight in the human mind, an innate sense that one was behaving well or badly – although the great HL Mencken once defined it as, “the inner voice which  warns us that someone may be looking”. It’s been used by religions as a numinous something-or-other, kindly bestowed by God, to give humans a choice between sin and Paradise.

Now, thanks to neuroscience, we’ve found the actual, physical thing itself. It’s a shame that it resembles a Brussels sprout: something so important and God-given should look more imposing, like a pineapple. But then it wouldn’t fit in our heads.

But wait, what’s this final detail I read about the lateral frontal pole? Humans have two of them! One above and behind each eyebrow! But why would we need two consciences?  Unless (my hands are shaking just writing this) they’re the Good Conscience and the Bad Conscience, the angel and devil traditionally thought to reside on human shoulders, to tell us either a) it’s absolutely fine to steal that money/pinch that bottom/kick that beggar; or b) it’s absolutely wrong even to think about any of them.

Science has suddenly become exciting. By next week they’ll probably have discovered the exact whereabouts of the soul. Can you imagine the look on Richard Dawkins’s face if they did? Source