“The modern world, called Christian, claims to have perpetuated the system called Christianity, while at the same time, it declares that the miraculous gifts of the Spirit have ceased.

How can Christianity have been perpetuated while its virtues, it’s legitimate powers, its distinquishing features, its very life and essence have ceased from among men? Or what use is it if it does exist?

Is a compass of use when its needle has lost its magnetic attraction? Is water of use when it no longer seeks its level, or quenches thrist? Is fire of use when it loses its heat? Is a sundial of use in a dark and cloudy day? or a watch without a mainspring?”

O man! be no longer deceived by solemn mockeries of things sacred, or by great and holy names applied to correupt and degenrate systems.

That ministry which sets aside modern inspiration, revelation, prophecy, angels, visions, healing, etc., is not ordainged of God; but is anti-Christian in spirit. 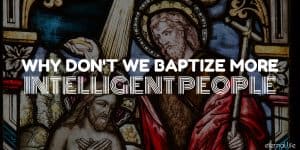