Temples aren’t just permanent structures, they are locations where God speaks to man. Scriptures record instance where the ancients met on mountain tops and various locations by land, why not by sea? Maybe Nephi, Noah or Jared had sea-based temple?

When David O. McKay became the ninth president of the Church in 1951, there were only eight operating temples. By the time of his death, the number of temples built or under construction was almost doubled. This focus on temple building came (1) from the realization that growing groups of members in the United States didn’t have access to temple blessings and (2) the desire to continue strengthening the kingdom in other parts of the world.

One innovative design, however, was unlike any proposed before it or since. Though it was never built, the “temple ship” was still an interesting solution, now recorded in David O. McKay’s biography, David O. McKay and the Rise of Modern Mormonism:

“Early in 1967, [President] McKay asked Mark Garff, chairman of the [Church’s] Building Committee, ‘to look over the temples and to come back with a recommendation as to what our program should be in the matter of providing new temples and how we could accommodate our people who wish to go to the temples.’ To study the matter, Garff traveled to Alaska, Hong Kong, the Philippines, New Zealand, and Australia—all areas with significant numbers of Latter-day Saints who were thousands of miles from the nearest temple.”

After observing the difficulty these members had in getting to a temple, Garff began thinking of solutions and prepared his unusual proposal, also recorded in President McKay’s biography, taken from Garff’s memo of his meeting with the prophet:

“I said cautiously to President McKay: ‘If you think I am out of bounds I want you to tell me, but I am proposing to you now, that the Church obtain or build a ship sufficient in size to run the oceans and we equip this ship as a temple ship; that we take the ship and outfit it as a temple, then take the ship into the ports and harbors where our people live. We could do this around the entire continent of South America, Europe, along the coast of China, Japan, Australia, and even Africa if we wanted to.’ I was sure the cost would not amount to any more than what the cost of some of our temples has been. I suggested to the President that we do not have the money to build temples all over the world and it would be an impossibility because our funds are limited and if we followed this procedure we could get at least those who want their endowments done while they are still alive . . .”

Garff thought that, though it would originally start as a temple for work for the living, it could also eventually “tour” different ports and allow work for the dead to also be accomplished. President McKay encouraged him to investigate the logistics further. Garff reported on his findings again a year later, estimating a cost lower than it took to build temples on land and envisioning a ship that would be able to sail both the high seas and large rivers including the Mississippi, Missouri, and Amazon. The project was never officially approved or finalized, however, and eventually sank out of memory. Source 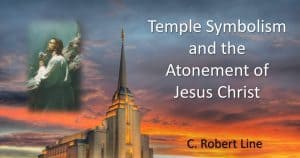 Temple Symbolism and the Atonement of Jesus Christ 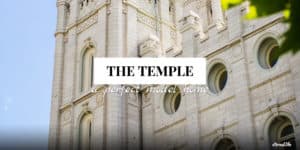 The perfect model home – The Temple