“When I was growing up in what I call the salad days of the 1950s and early 1960s, the question in the neighborhood was ‘What church do you go to?’” Webster says. “Now it’s, ‘Why do you go to church?’” Do we no longer live in Christendom? Is it a thing of the past? For a decade and more, Govans Presbyterian Church and Brown Memorial Woodbrook Presbyterian Church have labored in the manner of many mainline Protestant congregations: Working ever harder to provide spiritual resources for dwindling number of congregants.

Govans, on York Road in North Baltimore, has been hosting its Sunday night dinners for the poor and helping lead GEDCO, the social service organization it co-founded in 1984.

Brown Memorial Woodbrook, about two miles from Govans on North Charles Street, has been running its busy Sunday school and community garden and working on LGBT equality and other social justice issues.

But with attendance stagnating, maintenance costs rising and the population of Christians from which to draw shrinking, the two have decided to join forces. If the Baltimore Presbytery gives its approval next month, they’ll become one congregation before the end of the year, bringing more than 280 worshippers and 230 years of history together under one roof.

The merger would be the latest example of an increasingly common phenomenon: faith leaders closing or consolidating houses of worship as a way of adjusting to a culture that has grown less hospitable to their mission.

The Episcopal Diocese of Maryland has closed a net eight churches since 2007 and plans to shutter one more — 174-year-old St. John’s Episcopal Church in Charles Village — if the congregation can’t present a feasible financial plan by January.

The Delaware-Maryland Synod of the Evangelical Lutheran church has consolidated eight of its smaller churches into three.

The Archdiocese of Baltimore has launched a long-term plan to reallocate resources over several years, including folding parishes into a smaller number of worship centers called pastorates.

And Bishop James L. Davis, presiding prelate of the second district of the African Methodist Episcopal Church, which includes Maryland, has directed all 411 congregations in the jurisdiction to spend six months taking a “hard, possibly painful” look at their own operations.

Each church is to address a set of questions — How much has your congregation grown? how many visitors have you had? would you attend your church if you weren’t a member? — and weigh a range of options, from staying on course to shutting down.

It’s set to begin in February.

“Our first step will be trying to get people to converse one with another, and come to some understanding themselves about what might need to be done, before our rules and regulations have to move in and do what may be inevitable and necessary,” Davis says.

The driving force behind the trend is the well-documented decline in Americans’ commitment to organized Judeo-Christian religion.

Membership at churches and synagogues has fallen by nearly 20 percentage points since World War II, according to Gallup.The Episcopal Church and the Presbyterian Church USA have lost nearly half their members since 1967. More than a thousand Catholic parishes have closed since 1995.The number of Jews who call themselves culturally but not religiously Jewish is rising sharply among millennials.

A few faith traditions have fared better. The Muslim and Orthodox Jewish populations are growing, and evangelical Christianity’s numbers are holding steady. But more than 20 percent of Americans say they’re unaffiliated with any religion. That’s the highest number ever.

One influential Christian author has said such changes are nothing new. In works such as The Great Emergence: How Christianity is Changing and Why, Phyllis Tickle argued that the Christian church has undergone a clarifying shakeup every 500 years.

The Rev. Daniel Webster, canon for evangelism and media for the Episcopal Diocese of Maryland, has studied and written about the current trend for nearly two decades.

While it’s hard to pinpoint a single most important factor, Webster says, it’s impossible to ignore the repeal of most of the old state blue laws, regulations that had long placed restrictions on commercial activity on Sundays, starting in the mid-20th century.

Today’s faith leaders must compete with everything from youth soccer and pro football games to shopping at the mall.

“We no longer live in Christendom. We really have to accept that it’s a thing of the past.”

The larger question, faith leaders say, is what they should do about it.

More and more often, the answer seems to be: shed your baggage, move more nimbly and sharpen your sense of mission.

That can mean merging two or more congregations into one, closing a congregation, sharing clergy across parish or even denominational lines, or bringing neighboring congregations together on ministry efforts, whether it’s feeding the poor or helping promote entrepreneurship.

The Rev. Kati Kluckman-Ault is senior pastor of Rejoice Fellowship. The Lutheran church in Glen Burnie came into being in 2016 when three smaller congregations merged.

In her previous role as director of evangelical mission for the Maryland-Delaware Synod, Kluckman-Ault oversaw two previous mergers, combining three congregations into one in Dundalk and two others into a single unit in Windsor Mill.

It can be difficult for long-time parishioners to give up the idea of continuing as a congregation, she says, whether it’s because the building, worship practices and faces are familiar or their loved ones were baptized or married there.

But in an era of declining numbers, she says, faith leaders must lead worshippers to consider sacrificing those comforts for the larger goal of sharing the gospel as efficiently as possible.

An example: Each year, the Anne Arundel House of Hope organizes Winter Relief, a program in which religious congregations take turns providing shelter to homeless people.

Eighteen months ago, Glen Lutheran Church and Lutheran Church of Our Redeemer, both in Glen Burnie, and Peace Lutheran Church in Ferndale — congregations of 25, 60 and 25 people — were all too small to serve as hosts. But after combining into Rejoice Fellowship, a church of about 150 that averages 90 worshippers per Sunday, the group hosted the program for a week last winter, and plans to do so again this year.

Kluckman-Ault shed many familiar trappings as part of the merger, introducing wheat-free bread to the Eucharist, omitting the word “Lutheran” in the new church’s name and eschewing formal vestments as pastor.

“At the heart of our discernment is a question: What is God’s purpose for you being here?” she says. “We’re not here trying to maintain an institution just because we’ve always had an institution. Our goal is to use the resources we have to create a place where they can meet God and bring that to their daily lives. And we want to bring efficiency to that purpose.”

Episcopal Bishop Eugene Taylor Sutton had similar thoughts last month when he met with the leadership of Saint John’s Church in the Village — a historic congregation in Charles Village — to discuss its future.

With diocesan membership numbers in decline over the past half-century, the diocese has closed a net 34 churches from its mid-1960s peak and merged five more, leaving a total of about 100.

Webster, the canon for evangelism, says the forces impinging on churches today are little different from those affecting business owners on a changing economic landscape.

Operating churches within a few blocks of each other has become a luxury, as the maintenance costs for older buildings and health insurance costs for employees have climbed.

The situation has forced leaders to adopt an adapt-or-die ethos, Webster says, and some congregations fare better than others.

Nine years ago, for example, the members of St. John’s Mt. Washington, an Episcopal congregation founded in the mid-1800s, faced a choice: spend $220,000 for a new roof or reassess its priorities.

They voted to put the building up for sale and move services to a chapel at nearby Springwell Retirement Living. They still meet there every Sunday. A group of retirees who don’t attend the services helps make sandwiches for the congregation’s “feeding the poor” project.

Until the arrival of a new pastor last year, Saint John’s in the Village, founded in 1843, was slower to change.

The congregation, which employs a paid choir and practices an unusually formal high Anglican liturgy, spends a sizable portion of its $300,000 budget on maintaining its 159-year-old English Gothic church building.

When a major donor died, it became clear to the incoming priest-in-charge, the Rev. Jeffrey Hual, that other forms of stewardship had badly declined in the congregation. The diocese concluded that shrinking outreach into the community had led to a membership slide.

In his 14 months at the helm, Hual has helped raise more than $220,000, added 18 new members and increased neighborhood efforts, but his efforts may have come too late.

When Sutton met with church leaders in September, he gave them until early November to present him with a feasible financial plan or accept closure.

After a series of rallies by church members and neighbors, the diocese extended the deadline to January.

That’s a month before Catholic Archbishop William E. Lori is to sign off on a key phase of the long-term consolidation plan the Archdiocese of Baltimore has been working on for several years.

Lori is spiritual leader of the area’s half million Catholics. Among his first priorities when he came to Baltimore in 2012, he says, was to consider how to address declining attendance figures and the effects of rapid demographic change.

He decided neither to close parishes nor to maintain the status quo, but rather to seek a way forward based on Pope Francis’ call for Catholics to go beyond “mere administration” and bring evangelization to the people.

He laid out the foundational principles that would guide pastoral planning in the Archdiocese in 2014. In the time since, Catholics from the parish level on up took part in formulating a pastoral plan.

A draft of the plan, called “Be Missionary Disciples,” calls for a reorganization of the Archdiocese around pastorates — centers of worship and service that will, in many cases, combine the efforts of two or more parishes under the leadership of a single pastor.

“Jesus didn’t look like a winner when he went to the cross,” she says. “But he was resurrected, and we have faith in that.

“Twelve guys were so changed by that experience that they spread that news around the known world.” 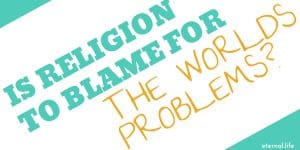 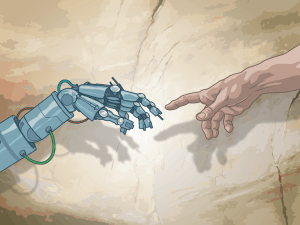 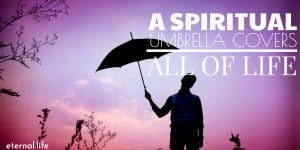