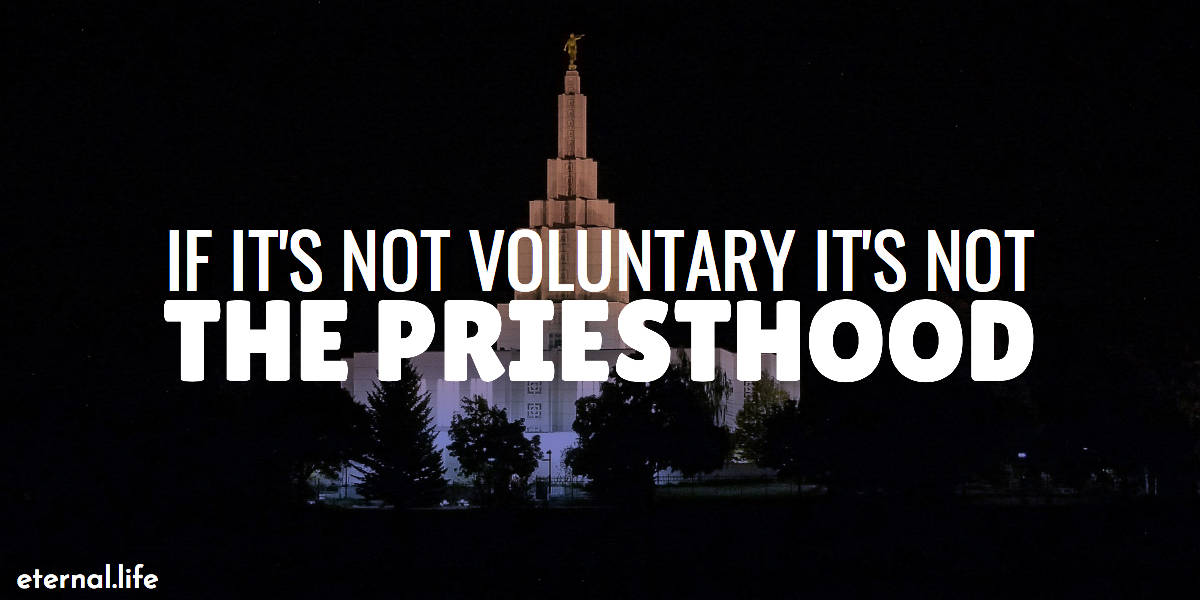 Membership in God’s earthly kingdom, designed to prepare us for His heavenly kingdom, can be demanding. Between the history, principles, doctrines, organizational structure, culture, personalities, and imperfect people the work has rolled forth until it has filled the whole earth in preparing a people and earth for the coming of Christ. The common thread through all of this work is agency; we’re all volunteers.

It’s a miracle, if you ponder it, that such a profound and eternal work moves forward with such imperfection. Maybe that’s why God gives us multiple reminders that He “works in mysterious ways His wonders to perform.” [Olney Hymns (1779), No. 35, Williams Cowper]. What earthly organization would send unschooled, immature and untrained kids to preach the acceptable year of the Lord? J. Golden Kimball put it straight, “if the church wasn’t true, the missionaries would have destroyed it long ago.”

In the Church of Jesus Christ of Latter Day Saints one doesn’t aspire or volunteer to leadership positions. God inspires, calls and attempts to qualify His people for these appointments. Men and women don’t aspire to leadership, but everyone should aspire to understand this one truth “the rights of the priesthood are inseparably connected with the powers of heaven, and that the powers of heaven cannot be controlled nor handled only upon the principles of righteousness.” D&C 121:36

Joseph Smith put it simply, “if it’s not voluntary it’s not the priesthood.“

We are all volunteers in the Kingdom. Leaders can help us move forward this work, but we can also help leaders understand their calling, especially when misunderstand, manipulated, or overreached. All misunderstanding comes from a lack of understanding true doctrine. In my experience it has come when people are active in the church and not the gospel. It’s easy to complain, compare, compete and condemn. After all it’s only human nature. True leaders and disciples lovingly correct and remind WE’RE ALL VOLUNTEERS.

“None are required to tamely and blindly submit to a man because he has a portion of the priesthood. We have heard men who hold the priesthood remark, that they would do anything they were told to do by those who presided over them, if they knew it was wrong; but such obedience as this is worse than folly to us; it is slavery in the extreme; and the man who would thus willingly degrade himself should not claim a rank among intelligent beings, until he turns from his folly. A man of God…would despise the idea. Others, in the extreme…have taught that such obedience was necessary, and that no matter what the saints were told to do by their presidents, they should do it without asking any questions. When Elders of Israel will so far indulge in these extreme notions of obedience as to teach them to the people, it is generally because they have it in their minds to do wrong themselves” 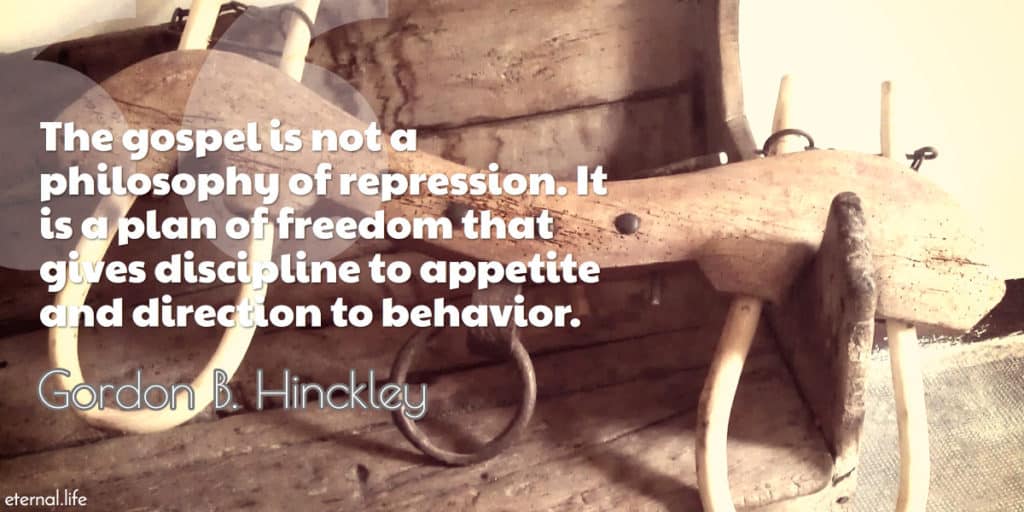 As volunteers with agency, we still rely on the Lord

God gives us many laws, commandments to follow, opportunities to serve, and leaders to voluntarily follow. To do so, we can’t rely on our own wisdom alone. We must have his help to follow. “These are given for the most part to test our ability to make a decision on our own: to see if we will accept what is generally referred to as the first law of heaven, the law of obedience.

When you desire to do what the Lord wants you to do because he wants you to, then ask him for help; then keeping these laws and commandments becomes easy.” Decisions, October 1971

It is your decision!

“Know this, that every soul is free

To choose his life and what he’ll be,

For this eternal truth is given

That God will force no man to heav’n.

And bless with wisdom, love, and light,

In nameless ways be good and kind,

For the novice, read more about lay leadership.