Few churchgoers give thought to the fact that when sitting in the pews on Sundays they’re also sitting targets for homicidal killers. But make no mistake, the people who harbor such wicked intentions have given it plenty of thought and often pick such places to prey on unarmed, vulnerable victims, such as the Sutherland Springs TX.

Certainly, that’s what they also thought on July 25, 1993, when storming the St. James Church service in South Africa, using assault rifles and hand grenades to kill 11 worshipers and injure more than 50 others. Letlapa Mphahlele, the commander of the Azanian People’s Liberation Army, who ordered the attack, later said off camera at a television recording, they expected to encounter little more than sheep to slaughter.

“There we thought that the church was a gun-free zone,” Mphahlele admitted. “But boy, did you have a surprise for us.” Amid attacks on churches in America and worldwide, I was shocked to discover that Georgia has a law banning Americans from carrying a firearm in places of worship.

Bobby Franklin, a Republican member of the Georgia State Assembly, thankfully filed recently House Bill 54, “to repeal a prohibition against carrying a weapon (or long gun) in a place of worship.”

By “divine design” men we are commanded by God to “preside over their families in love and righteousness and are responsible to provide the necessities of life and protection for their families” as found in the inspirational The Family: A Proclamation to the world. Just three simple things men; “preside, provide, and protect.” No amount of worshiping, wishing or wanting other duties in this life can change those essential male responsibilities. The simpest way I can put it is, is likening the scriptures unto ourselves”…be ready always to give an answer to every man that asketh you a reason of the hope that is in you with meekness and fear.” 1 Peter 3:15

“Be ready always to protect innocent life against every threat that is around you in directness, diligence and forcefulness”

After the recent Texas church shooting, I thank God for the peace and safety I enjoy, but also praying for God’s forgiveness for my lack of vigilant training and ability to protect as He has commanded. Men, we are responsible to seek the learning, understanding, training, experience, and constant vigilance to preside, provide and protect. God hasn’t asked us for perfection or fearlessness in our duty to protect, just that we take faithful action today for the threats of tomorrow. Why? 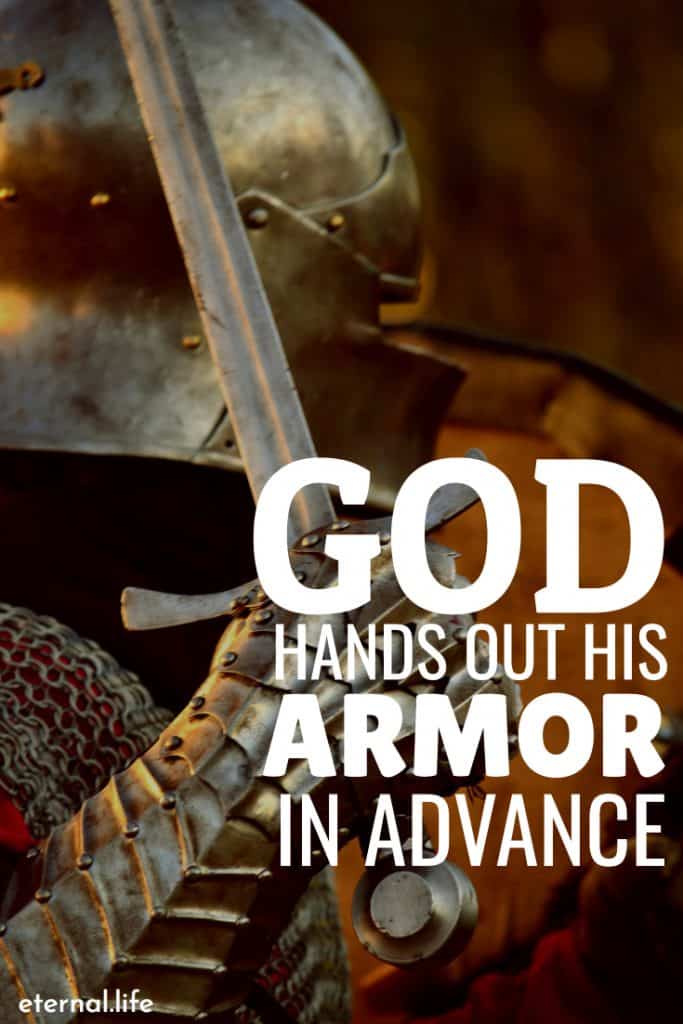 Evil is all around. In various forms it’s constantly probing our armor and attempting to penetrate any weakness, both spiritually and physically.

Would you be prepared to defend yourself and other innocents in a surprise attack?

Georgians need to make their legislators aware that when they create gun-free zones, they are liable for any harm it causes. They’re in essence saying they’d rather risk the lives of law-abiding, disarmed citizens than uphold their right to defend themselves against an attacker.

They’ve fallen for the lie of the gun-free zone – a deception that’s helped make South Africa one of the most dangerous nations on Earth.

In 2004 one of contemporary history’s most dreadful campaigns of mass murder was unleashed upon the Tutsi people of Rwanda. In just 100 days, more people were slaughtered – many in churches – than have died from atomic weapons in all of history.

Africa is rife with grisly lessons of gun-free laws failing to stymie the perpetrators or protect the innocent. When I visited the Democratic Republic of Congo as a missionary, I was told of rebel soldiers burying alive in 2001 the pastor of a local church. Two evangelists were cut into pieces by rebels in 1998 and 2002, respectively. Nigeria, Iraq and Egypt have lately experienced attacks on churches.

America is not without such atrocities in houses of worship. On Aug. 12, 2007, a gunman opened fire in the sanctuary of the southwest Missouri First Congregational Church, killing a pastor and two worshipers and wounding several others.

It is very difficult for armed thugs to perform such heinous tyranny if church members are armed. My own experience is testament to this. After the terrorist burst into St. James Church amid a din of explosions and automatic rifle fire, I crouched behind a pew and returned fire with my .38 revolver, sending the terrorists scattering.

And stateside, Jeanne Assam thwarted an attack with her firearm in December 2007 when a gunman came into a 10,000-member church in Colorado.

When last have you heard of multiple-victim shootings taking place on firearm ranges, in police stations or at gun shows, anywhere in the world, where firearms abound? No, homicidal maniacs prefer unarmed victims, soft targets. However sincere their intentions, legislators that quarter defenseless citizens into the “security” of gun-free zones support laws of unintended consequences.

Righteousness or wickedness is not found in inanimate objects – guns can be used for good (to protect) or evil (to destroy).

So, the issue many Christians struggle with is really whether Christians are biblically allowed to defend themselves at all. Solomon wrote: “A righteous man who falters before the wicked, is like a murky spring and a polluted well.” I am faltering before the wicked if I don’t try to stop an attack on my family or church friends.

Further, Timothy claims: “… if anyone does not provide for his own, and especially for those of his household, he has denied the faith and is worse than an unbeliever.” Provision includes a “means of defense.”

Jesus commanded his disciples: “… he who has no sword, let him sell his garment and buy one.” The sword was the finest military weapon available then.

We need to pray in the face of danger: “Lord, please make me fast … and accurate!” Source

We have been told again and again to defend and protect, and on the other to walk into our Wards and Stake houses as LAMBS TO THE SLAUGHTER.

“As for this people fostering to themselves that the day has come for them to sell their guns and ammunition to their enemies, and sit down to sleep in peace, they will find themselves deceived and before they know, they will sleep until they are slain. They have got to carry weapons with them, to be ready to send their enemy to hell cross lots, whether they be Lamanites or mobs who may come to take their lives, or destroy their property. We must be prepared that they dare not come to us in a hostile manner without being assured they will meet a vigorous resistance and ten to one they will meet their grave.”

“And again, the Lord has said that: Ye shall defend your families even unto bloodshed. ” Alma 43:47

“We all believe that the Lord will fight our battles; but how? Will He do it while we are unconcerned and make no effort whatever for our own safety when an enemy is upon us? If we make no effort to guard our towns, our houses, our cities, our wives and children, will the Lord guard them for us? He will not; but if we pursue the opposite course and strive to help Him to accomplish His designs, then will He fight our battles. We are baptized for the remission of sins; but it would be quite as unreasonable to expect a remission of sins without baptism, as to expect the Lord to fight our battles without our taking every precaution to be prepared to defend ourselves. The Lord requires us to be quite as willing to fight our own battles as to have Him fight them for us. If we are not ready for an enemy when he comes upon us, we have not lived up to the requirements of Him who guides the ship of Zion, or who dictates the affairs of his kingdom.”

“There is one principle which is eternal; it is the duty of all men to protect their lives and the lives of the household, whenever necessity requires, and no power has the right to forbid it,