Just moments after bowing their heads and speaking a few words of blessing over their meal at McDonald’s, the Michelson family opened their eyes to see their meal had miraculously transformed into Chick-fil-A food items, sources confirmed Tuesday.

“Oh Lord, bless this food to our bodies, and help it to nourish us and bring us strength, Am—what the heck?!?” Mr. Michelson said as he saw his Big Mac had suddenly turned into a classic chicken sandwich from Chick-fil-A. “It’s a miracle! God be praised!”

Tears filled the family members’ eyes as they saw the bounty of God’s blessing, a clear answer to their prayer to make the food good and nourishing to their bodies.

Sources also claim the pop music playing at the McDonald’s location was suddenly replaced by elevator music versions of contemporary Christian songs as the family prayed.

At publishing time, the Michelson family had spontaneously broken out into a stirring rendition of the Doxology upon eating their delicious chicken sandwiches. Source

Is it time to catch up with Jesus Christ?

Jesus is King – have it His way 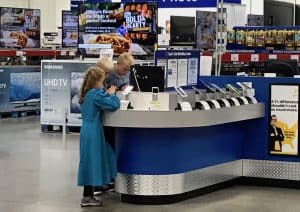 Novelty of the World