President Hinckley gave a masterful talk entitled “Don’t drop the ball,” pointing to the need to be constantly alert. It points out the importance of unrelenting self-discipline. It indicates the necessity of constantly building our strength against temptation. It warns us against the misuse of our time, especially our idle time.

This bird works as hard and as efficiently as any other animal or bird in doing its daily work. It provides for itself and its young by the sweat of its brow, so to speak; but when its daily work is over and the eagle has time of its own to do just as it pleases, note how it spends its recreational moments. It flies in the highest realms of heaven, spreads its wings and bathes in the upper air, for it loves the pure, clean atmosphere and the lofty heights.

This animal grunts and grubs and provides for its young just as well as the eagle; but when its working hours are over and it has some recreational moments, observe where it goes and what it does. The hog will seek out the muddiest hole in the pasture and will roll and soak itself in filth, for this is the thing it loves. People can be either eagles or hogs in their leisure time.’

What we do in our leisure time can make such a tremendous difference. Pity the poor man or boy of low purpose and weak ambition who, after a day of work, finishes his evening meal and then turns to the television screen for the rest of the evening to watch pornographic videotapes or sleazy late-night programs. Can you think of any picture which more nearly approaches President Brimhall’s description of the hog that seeks the mudhole in the pasture and wallows in the mire?

It was an eight-game series because one of the games was called at midpoint because of darkness. Playing fields were not electrically lighted at that time. It was the last game and the score was tied 1–1. The Boston Red Sox were at bat, the New York Giants in the field. A Boston batter knocked a high-arching fly. Two New York players ran for it. Fred Snodgrass in center field signaled to his associate that he would take it. He came squarely under the ball, which fell into his glove. It went right through his hand and fell to the ground. A howl went up in the stands. The roaring fans couldn’t believe it. Snodgrass had dropped the ball. He had caught hundreds of fly balls before. But now, at this crucial moment, he dropped the ball. The New York Giants lost. The Boston Red Sox won the series.

A player named Roy Riegels recovered a fumble and ran almost the length of the field toward the goal of his opponent. He was tackled and brought down by one of his own team, preventing a touchdown. He had lost his sense of direction in a moment of stress. His mistake cost his team a victory. He was a great player. He lived to be eighty-four, but ever afterward he was remembered as the man who ran the wrong way.

There is a better way

Do you want to drop the ball in your lives? Do you wish to help Satan score? There is no surer way than to become engulfed in the tide of pornography that is sweeping over us. If we succumb to it, it destroys us, body and mind and soul.

On the other hand, the whole design of the gospel is to lead us onward and upward to greater achievement, even, eventually, to godhood. This great possibility was enunciated by the Prophet Joseph Smith in the King Follet sermon (see Teachings of the Prophet Joseph Smith, pp. 342–62; and emphasized by President Lorenzo Snow. It is this grand and incomparable concept:

As God now is, man may become! 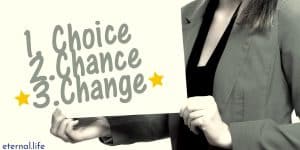