“Do your duty that is best, leave unto the Lord the rest.” David O. Mckay

I had heard the story many times, personally. But until today I had never heard Marine Lt. Gen. John Kelly’s telling of it to a packed house in 2010. Just four days following the death of his own son in combat, Kelly eulogized two other sons in an unforgettable manner.

Six seconds. Not enough time to think about their families, their country, their flag, or about their lives or their deaths, but more than enough time for two very brave young men to do their duty…into eternity. That is the kind of people who are on watch all over the world tonight—for you. 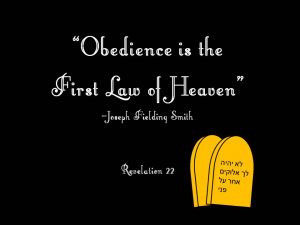 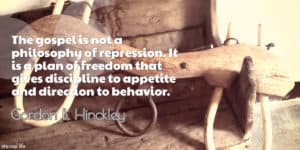 The Gospel – A freedom from useless yokes

There is but one path to safety for mankind