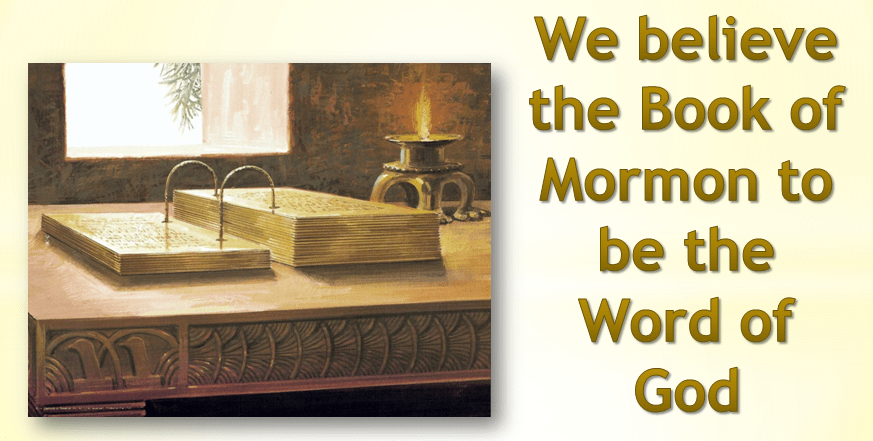 The Mormon Church, in what I think is a pretty savvy public relations response, bought ad space in the playbill, stating “the book is always better.” I haven’t seen the musical so I couldn’t make this comparison. I might see it at some point.

The Book of Mormon fulfills biblical prophecy. In the Bible, the Apostle Paul recounts the law of witnesses, stating that “in the mouth of two or three witness shall every word be established” (2 Corinthians 13:1). As in law and taught by Christ, a witness cannot be a witness for itself (see John 5:31-32).

Thus, the Bible is not and cannot be its own witness regarding its own truthfulness. In a day when many question the veracity of the Bible, God has provided the Book of Mormon as a second witness of the Bible and Jesus Christ.

The Bible itself predicts a second record. The prophet Ezekiel stated,

“The word of the Lord came again unto me, saying, Moreover, thou son of man, take thee one stick, and write upon it, For Judah, and for the children of Israel his companions: then take another stick, and write upon it, For Joseph, the stick of Ephraim, and for all the house of Israel his companions: And join them one to another into one stick; and they shall become one in thine hand.” (Ezekiel 37:15-17).

While acknowledging that others may have a different interpretation, I, along with other Mormons, believe that that the Book of Mormon (the stick or record of Ephraim) fulfills this prophecy and is meant to be joined with the Bible (the stick or record of Judah). When the Bible and Book of Mormon are combined and read together, the result is a belief system and religion that actually makes sense (to me at least).

“And we talk of Christ, we rejoice in Christ, we preach of Christ, we prophesy of Christ, and we write according to our prophecies, that our children may know to what source they may look for a remission of their sins.” (2 Nephi 25:26).

“And if ye shall believe in Christ, ye will believe in these words, for they are the words of Christ, and he hath given them unto me; and they teach all men that they should do good” (2 Nephi 33:10).

This same prophet, Nephi continues, stating: “And if they are not the words of Christ, judge ye-for Christ will show unto you, with power and great glory, that they are his words, at the last day.” (2 Nephi 33:11).

The central message of the Book of Mormon is that Christ suffered for our sins in order to provide a way for us to return to God. We are to come unto Christ, “relying alone upon the merits of Christ, who was the author and finisher of [our] faith” (Moroni 6:4).

The Book of Mormon contains a promise that one can read and ask God in prayer regarding its truthfulness (Moroni 10:3-5).

If you are interested in learning more, a good place is on Mormon.org, where you can request a free copy. Or you could just watch the musical. But then you might miss out on a great book. 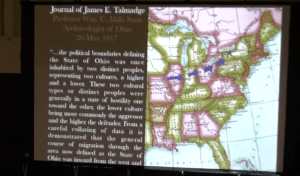 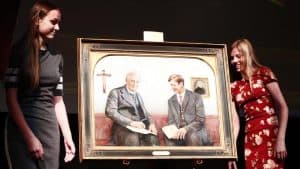